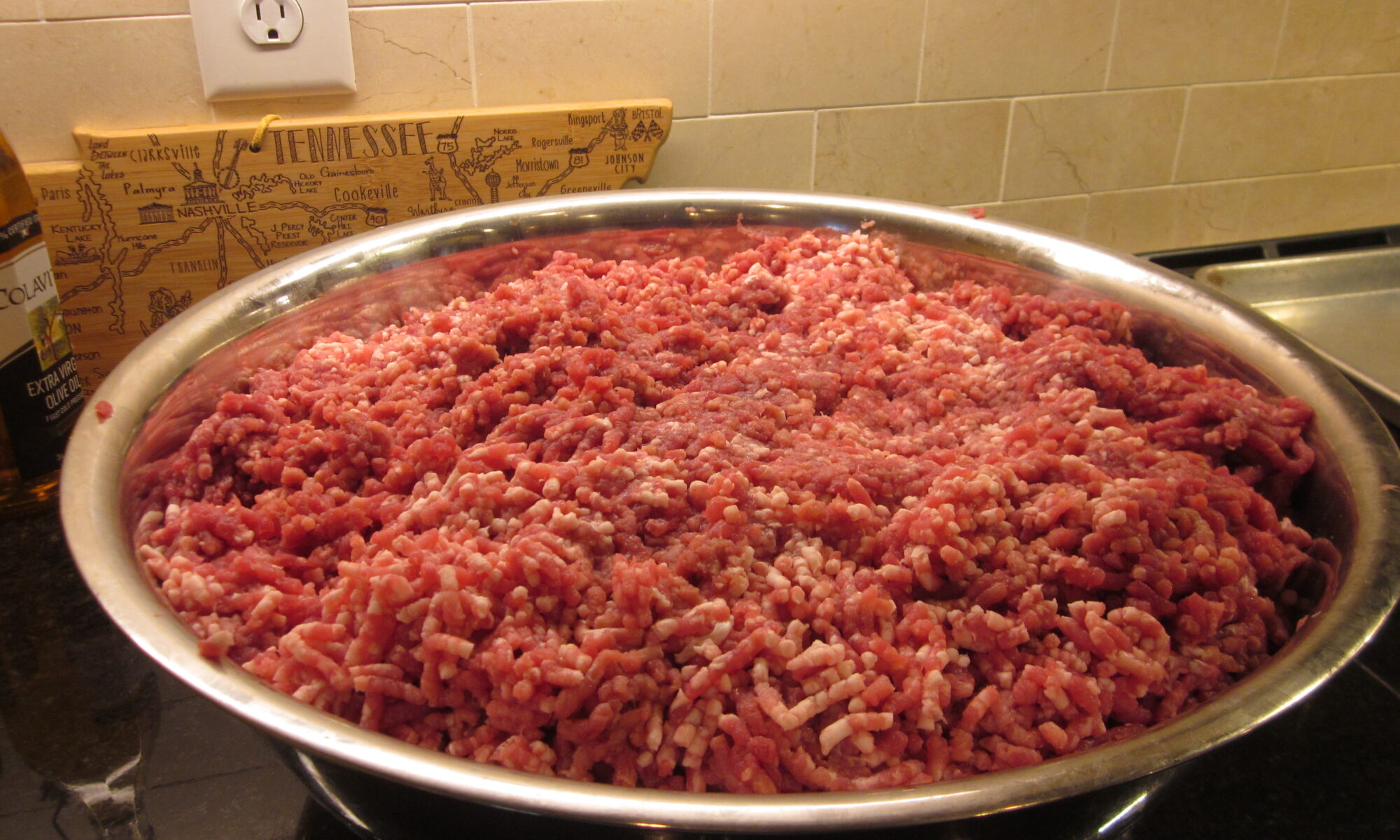 On the Tuesday after Christmas, Dad and a friend butchered our two rams, Izzy and Boots.

On the last post, Bye-Bye, Boys, I said, “That pretty much says it all.” It actually doesn’t. On New Year’s Eve, the friend appeared again, this time with a meat grinder in tow. We kept the neck roasts, a leg’o’lamb and a steak, but the rest of the cold-aged meat was passed through the grinder and came out as ground lamb.

Then it was ground.

Then Mom vacuum-sealed it into neat two-pound packages.

In all, we got about sixty-two pounds of meat off of our two rams.

That says it all.